My day off this week began early with a 3 hour bike ride north along the Yulong river. I don’t think I will ever tire of the majestic scenes of mountains, river, and rice fields. It’s simply stunning. Although, you may be tiring of my photos by now if you have been reading since day 1!! 🙂

I am now well into the second half of my training trip to China and (as well as planning the next one!), I find my attention diverting slightly back to life at home when I return, teaching classes, promotion, continuing to progress the business side of the club on an upwards trajectory!

Whatever happens, I’m going to make a lot of mistakes…

Personally I was pretty hopeless at school. I just couldn’t be bothered. Nothing particularly interested me and even the subjects which should have been awesome and ones I love now – history for one – were taught in such a bad way with awful subject material. Seriously, after 5 years of ‘studying’ history, all I remember is doing the Industrial Revolution about 500 times – I mean, I realise the importance but a 14 year-old boy does not want to read and write about the Spinning Jenny!

I was so disinterested, I didn’t even bother turning up to a couple of my exams at the end, then failed nearly everything else, apart from English – the only one I cared about.

I attempted a couple of years in different colleges but again, lost interest and dropped out each year.

Failing at school and then dropping out of college twice isn’t something I would particularly recommend, but I believe the best education is one which you take personal responsibility for (whether in or outside of the educational system) and are passionate about.

After dropping out of college, I became obsessed with reading Russian literature and then found myself a couple of years later living in Moscow – 20 years on and I still speak passable Russian, and have a relatively good knowledge of the history, geography, culture and literature. I’d take that and everything else that I have learnt along the way over a couple of extra qualifications.

Success, failure and making mistakes are not written in binary code. They are not black and white. Failure more often than not often opens the door to future success.

So why are many of us so programmed to be averse to making mistakes and failing?

Perhaps making a mistake in our early evolution as homo sapiens could have meant the difference between survival and being eaten by a wild animal, or being ostracised from our tribe. Could primitive consequences of making mistakes be deeply programmed within our DNA?

Or does the counter productive mentality originate from an education system that from my experience only cares about us retaining information long enough to pass an exam?

Or is it from parents, partners, role models – all with their own expectations, which are often more of a reflection of their own failed aspirations?!

Nowadays, social media has a lot to answer for. Not many want to share with the world news of their latest failure on a platform where we go to show only our best side to the world, I bet.

Every time I go through the forms I am learning with the masters here, I make mistakes, something that needs correcting – a slight shift in weight, alignment of the hand, relaxing the shoulders, sinking the hips. Rather than be discouraged, every corrected mistake is a piece of gold from an instructor in the never ending pursuit of perfection.

When given a correction from an instructor the best response is, “thank you!”. Too often we search for excuses, or reasons why we haven’t done something correctly. The only way to improve is to simply try our best to put the corrections into place, enjoy the process of refinement and improvement – then move on to the next mistake/correction! If we let our excuse-making ego get in the way, it’s a lot more difficult to move on. It’s hard, it’s humbling…but that’s the process!

After my morning bike ride and in abundant nature, I decided to have a Yin/Yang day and head to the bustling Yangshuo for a wander around in the afternoon. It’s a loud and bright town – busy with lots of Chinese and a few Western tourists.

I sat and watched the world go by for a while before doing a little souvenir shopping…and the rest of the afternoon followed a repeated pattern of wandering for a while, then stopping for a drink.

Back at the school for the evening and I decided to have a night off training and after dinner go for a walk and a beer. As I left for a walk, the school dog, Hotpot, decided to join me and she spent the whole evening tagging along for an hour’s walk and then to a bar!

As well as appreciating my canine companion, I enjoyed a bit of time to reflect on the last couple of weeks of intense learning.

I’ve learnt a lot since being here – and as with anything worthwhile learning, the more you learn, the more you realise how little you actually know!

Ironically, when learning martial arts, it takes learning scores of forms to realise that actually you probably only need to master less than can be counted on one hand!

When you scratch the surface there is always a deeper level of understanding.

It’s the principles that are important in any martial arts style, rather than the techniques – how to shift and move, relax, yield, allowing the energy to flow, the positioning of the feet, relaxed breathing – these building blocks upon which techniques are based are the real foundation of your practice – and that’s where my focus will be tomorrow as I am put through the paces with 4 hours of private tuition – that and making the most of learning from all the mistakes I will inevitably make in the process! 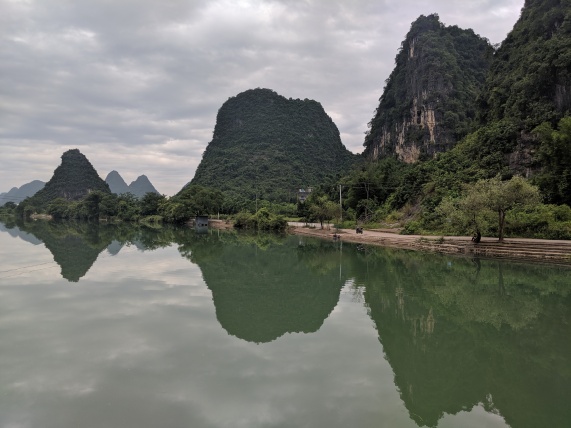 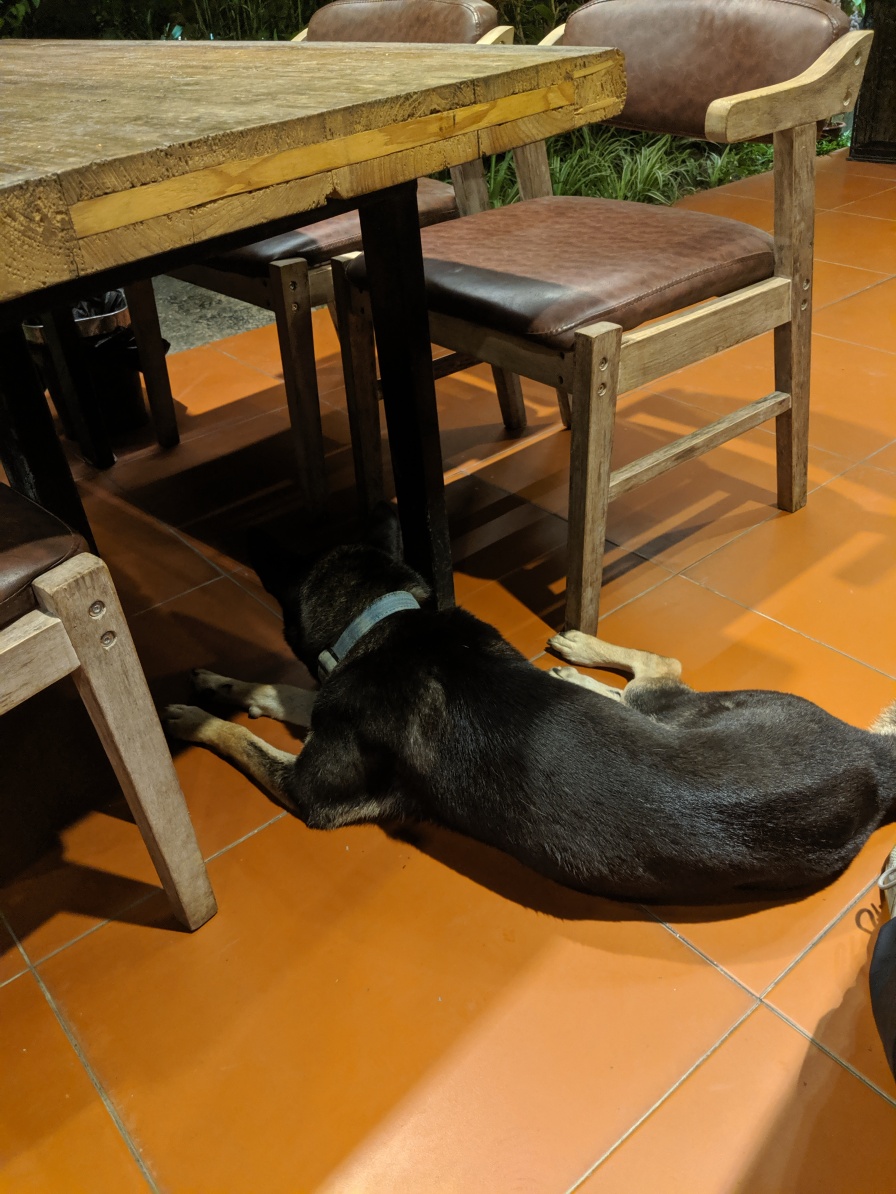 View all posts by Mark

"On the advice of my doctor because of balance problems I joined Mark’s Tai Chi classes. I was quite nervous at first not knowing what to expect but I can honestly say I have not looked back. Mark is an excellent teacher. My balance has improved and I look forward to each lesson. I would recommend his classes." Carol, Haywards Heath - Tai Chi

“My kids have been training in Kung Fu with white crane academy for a number of years. As well as learning a martial art their strength, fitness and flexibility has really improved. This has in turn helped them with their confidence and has helped them when playing other sports such as football. I thoroughly recommend martial arts training for kids especially with the white crane academy.” Satisfied parent – Kung Fu and Kickboxing
More Testimonials...
Subscribe to the WCA newsletter

To see our upcoming events, go to our Courses and Workshops pages. If you are unable to attend classes, we also teach online at White Crane Online.
WCA Testimonials

We have so many families training together at the Academy. Its one of the things I am most proud of. Here's Garry with his daughter Astrid (one of three daughters who train together with him) performing the opening of the two person staff form. Because hitting your dad with a 5ft lump of wood is great for every father-daughter relationship. #family #families #healthyfamily #fitfam #taichi #kungfu #martialarts #chinesemartialarts
It was a great (and slightly chilly) morning for a PT session today #morning #morningmotivation #fitness #personaltraining #outdoors
Tai chi fan V's Dog style kung Fu
Double fan part 3 #taichi #taiji
Double fan part 2 #taichi #taiji #taichichuan #taijiquan #wushu #kungfu #martialarts #chinesemartialarts
White Crane double fan. I love this form! #taichi #taichichuan #taiji #taijiquan #martialarts #chinesemartialarts #kungfu #wushu
Chen on a Chilly Afternoon... #taichi #practice
Some #taichi fan in the park...
#Morning by the river in Guangzhou #china #mytravelgram #taichi #taiji #morningmotivation
Evening scenery in Guangzhou #china #mytravelgram
These moves make me feel like I am in a martial arts movie 😆
Last day in Yangshuo (for now!)
The WCA Guide Book
©2009-2019 White Crane Health and Martial Arts Ltd
Terms and Conditions
%d bloggers like this: